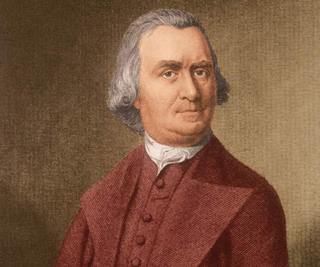 15
In the eighteenth century, writings of all kinds—letters to the editor, articles, essays, books, pamphlets—were published with the author's identity concealed beneath a pseudonym. Literary critic Michael Warner notes that Samuel Adams used over twenty-five different pseudonyms in his revolutionary writings. Women authors also hid behind pseudonyms, such as "A Lady of Maine" and "an Aged School-Mistress, in the State of Massachusetts." The reasons writers used pseudonyms varied, but in general the public was not put off by these disguises.

16
Two novels written in the 1820s but set a few decades earlier, one by then-famous novelist Lydia Sigourney, the other by James Fenimore Cooper, mention a food item called a "nutcake." In the Sigourney novel, a family offers its guest "a plate of nut-cakes and cheese." In Cooper's work, one corner of a Christmas Eve banquet table features a plate of "certain curiously twisted and complicated figures, called 'nut-cakes.'" In other words, Cooper's nutcakes are what we would call crullers. As the Oxford English Dictionary explains, the most common meaning of nutcakes was doughnuts.

These intimate details about life in the young republic--the ways authors presented themselves, the names given to foods--paint a picture of early American society that we don't often see. How do such portraits of ordinary American life help us understand American Cookery by Amelia Simmons? Find out this November in our new book from University of Massachusetts Press, United Tastes: The Making of the First American Cookbook.

Thankee. Bring on the book!

So much to know; so little time. Bring on this time stopping--or at least, time slowing--book!